VANCOUVER, BC (May 27. 2018) — At The Leo Awards 20th Anniversary Celebration One Awards, held May 26, 2018 at the Hyatt Regency in Vancouver, Juno-nominated musician, film composer, and Vancouver-native, Eli Bennett won the Leo Award for “Best Musical Score in a Feature Length Documentary” for his musical score on Believe: The True Story of Real Bearded Santas, beating his father, award-winning Canadian composer and previous Leo-Award winner Daryl Bennett in the same category.

This was the first time in Leo Awards history that a father and son have squared off against each other in the same category, vying for the coveted award that celebrates the best of BC’s Film and Television industry.

The Leo Awards Celebration Two and Gala Awards (the second and third night of three nights) will be held June 2 & 3, 2018 at the Hyatt Regency Hotel. Additionally, Eli Bennett is returning for his second year as Leo Awards Music Director, and will be leading Eli Bennett & The Leo Awards Band on both nights.

For more information please get in touch with Eli Bennett at the below contact information.

May 3, 2018 (Vancouver, BC) – Eli Bennett is returning for his second year as Leo Awards Music Director for the 20th Annual Leo Awards celebrating the best in BC film and TV.

has been named the Music Director for The 2017 Leo Awards.  The Leo Awards celebrate the Best of BC Film and Television and will be held at the Hyatt Regency Hotel on June 2 & 3, 2018.

April 30, 2018 (Vancouver, BC) – The Nominees for the 20th Annual Leo Awards were announced this morning and Eli Bennett was nominated for “Best Musical Score in a Feature Documentary” for his score on “Believe: The True Story of Real Bearded Santas”!

“Believe: The True Story of Real Bearded Santas” is available on Amazon:
https://www.amazon.com/Believe-True-Story-Bearded-Santas/dp/B0771YK1GQ

February 6, 2018 (Toronto, ON) – The Canadian Academy of Recording Arts and Sciences (CARAS) announced the Nominees for the 2018 Juno Awards this morning and Eli Bennett has been nominated with Five Alarm Funk for “Instrumental Album of the Year”, for their album “Sweat”. The Juno Awards will take place in Vancouver on March 24/25, 2018. 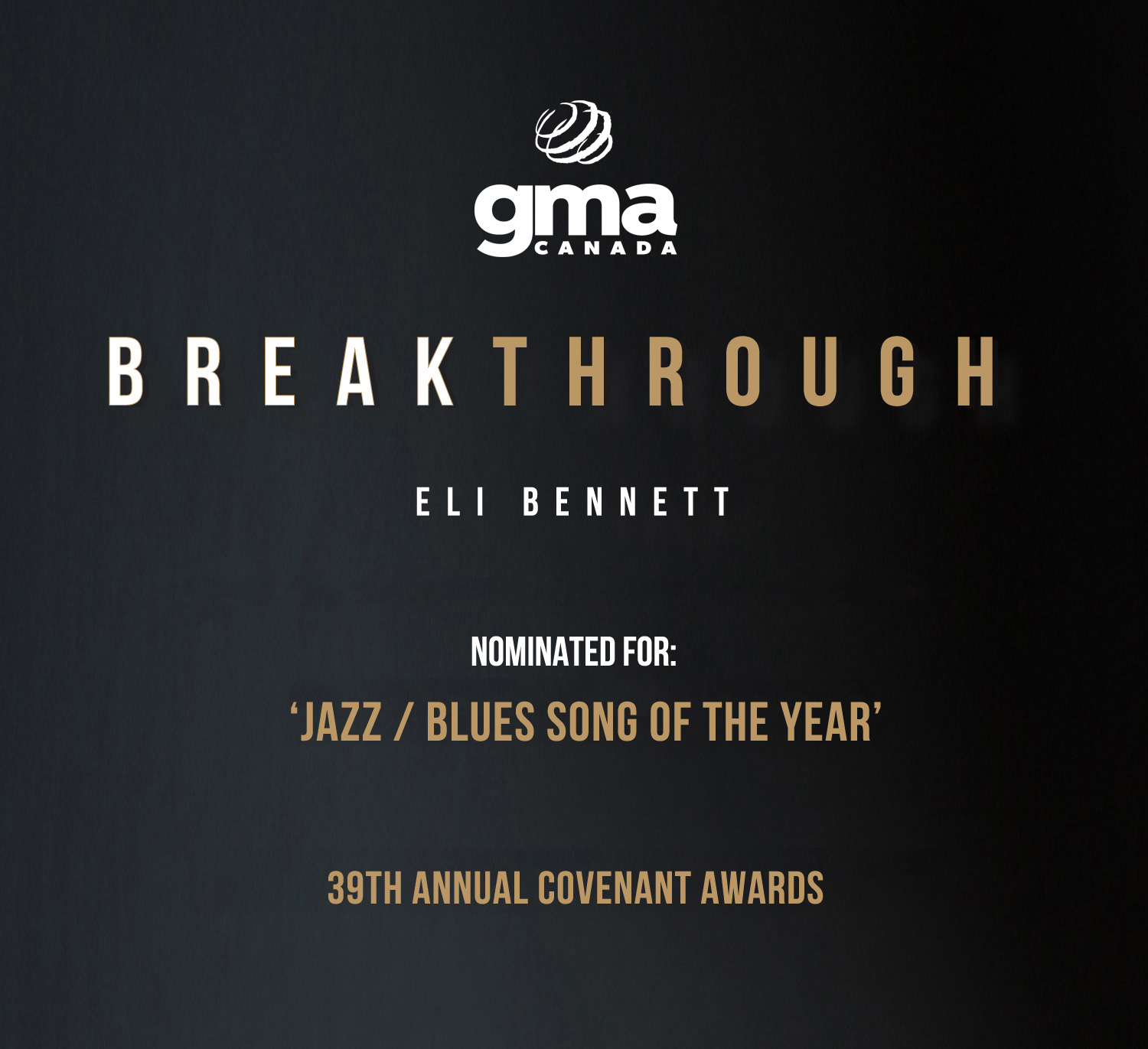 November 3, 2017 (Edmonton, AB) – The Nominees for the 39th Annual Covenant Awards were announced this morning on 105.9 ShineFM. Among the 38 categories, Eli Bennett was nominated for “Jazz/Blues Song of the Year” for his song “Breakthrough”, the title track from Bennett’s 2016 release.

The Covenant Awards will take place in Edmonton, Alberta on January 27, 2018 at the Shaw Conference Centre.

“Breakthrough” is available for stream or purchase below:
https://song.link/elibennett 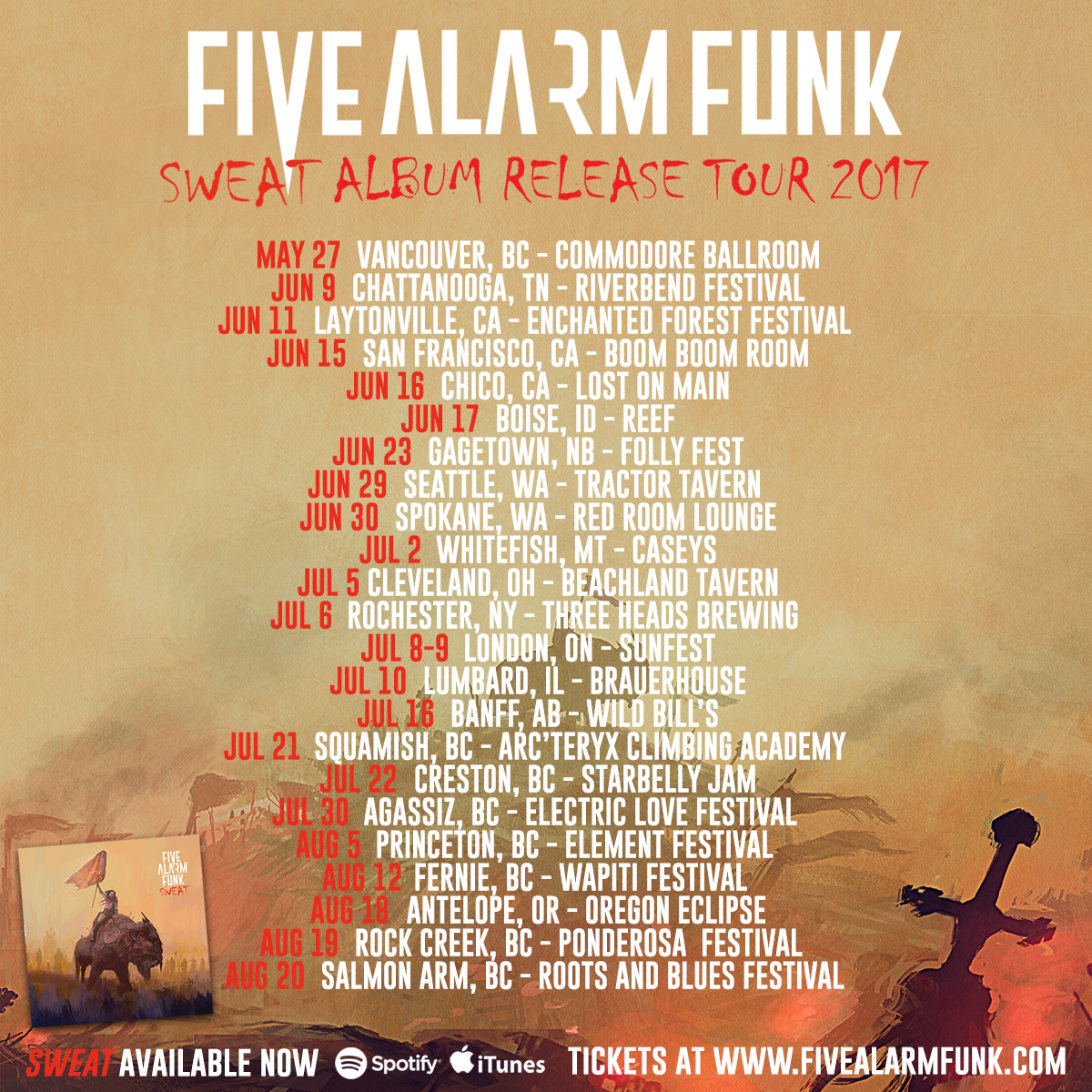 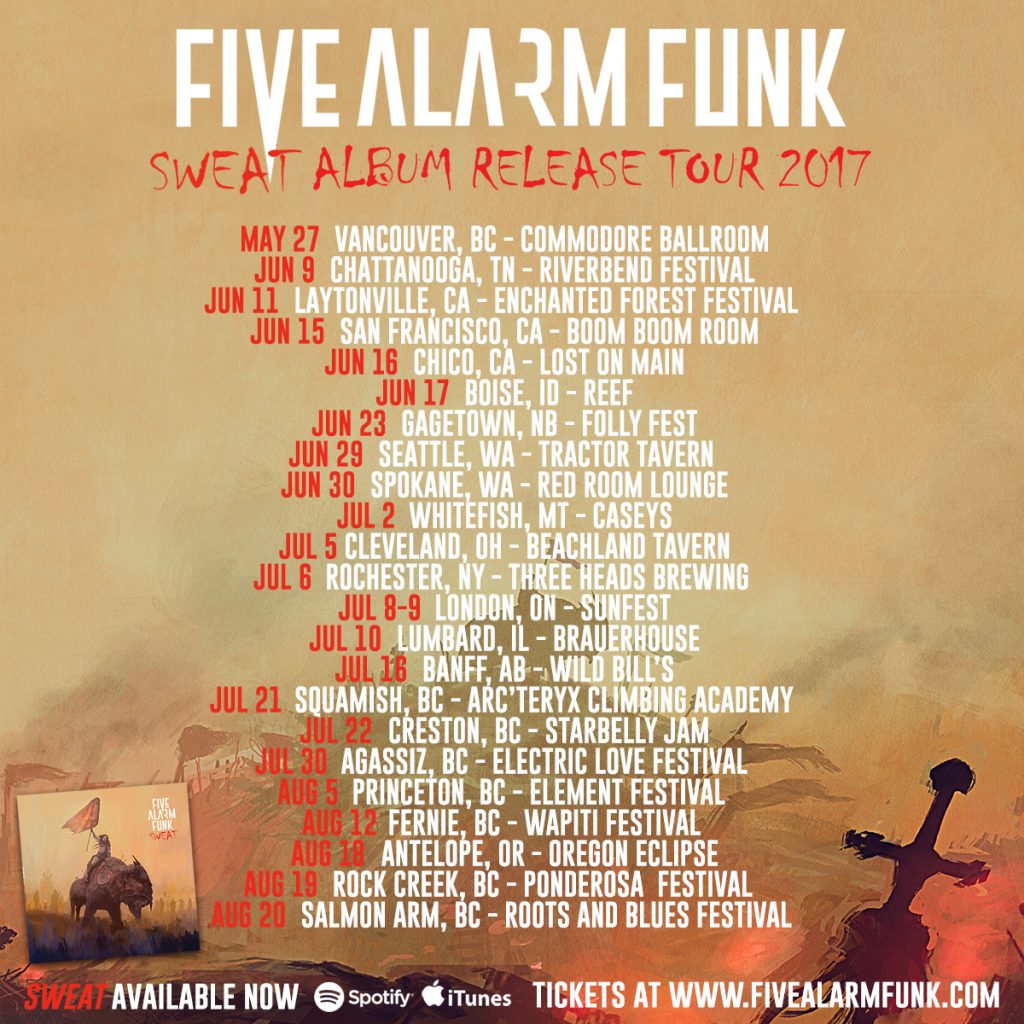 Eli has performed twice at the GRAMMY Awards in Los Angeles and has shared the stage with the likes of Oscar Peterson, the Neville Brothers and currently tours internationally with the Juno nominated, Vancouver based party-funk band, Five Alarm Funk. His debut album Breakthrough was nominated for Jazz Album of the Year at the Western Canadian Music Awards.

April 18, 2017 (Vancouver, BC) – Eli Bennett will be featured with Vancouver jazz-funk group “BaZOOka Picnic” on a 7-show U.S. West Coast tour from April 27-May 5th!  BaZOOka Picnic will be performing at the following venues:

Click the venue names above or <a href=”https://www.w3schools.com/html/“>Here</a> for show information.

This tour has been made possible with the assistance of the BC Arts Council and the Province of British Columbia. 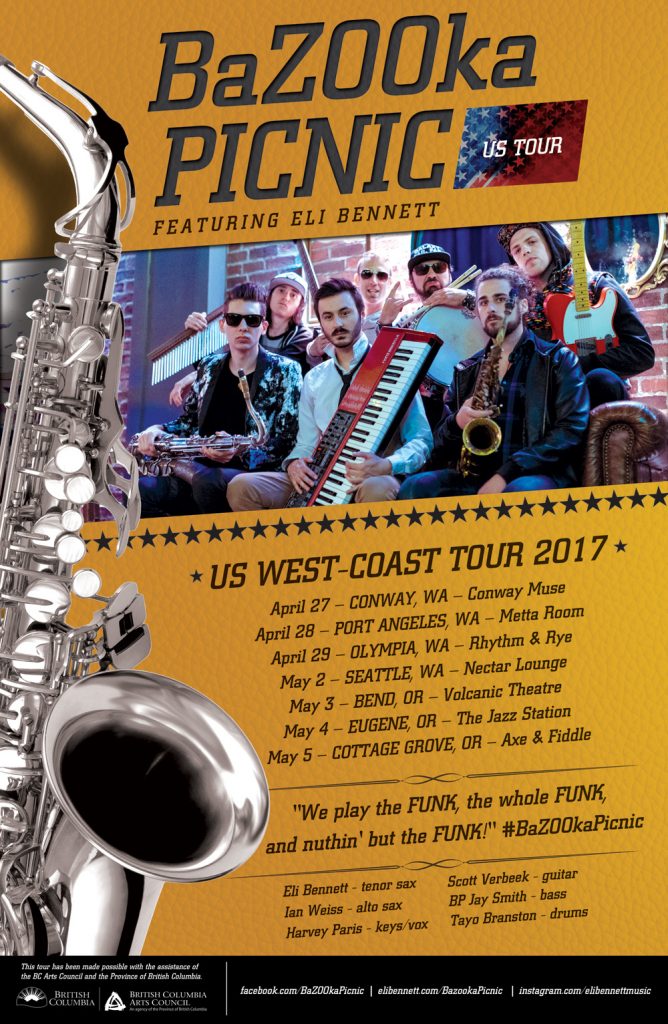 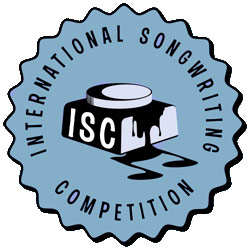 April 10, 2017 (Vancouver, Canada) – The International Songwriting Competition has announced the 2016 competition finalists and Eli Bennett has been made a finalist for “Best Jazz Song” for Upside Swagger.  The final results will be announced in late-April/early May.

The Canadian Songwriting Competition also recently announced their 2016 semi-finalists, and Eli Bennett is a semi-finalist for three songs:

All compositions are from Eli’s latest album, “Breakthrough” on iTunes or Apple Music: https://geo.itunes.apple.com/us/album/breakthrough/id1149942325?mt=1&app=music 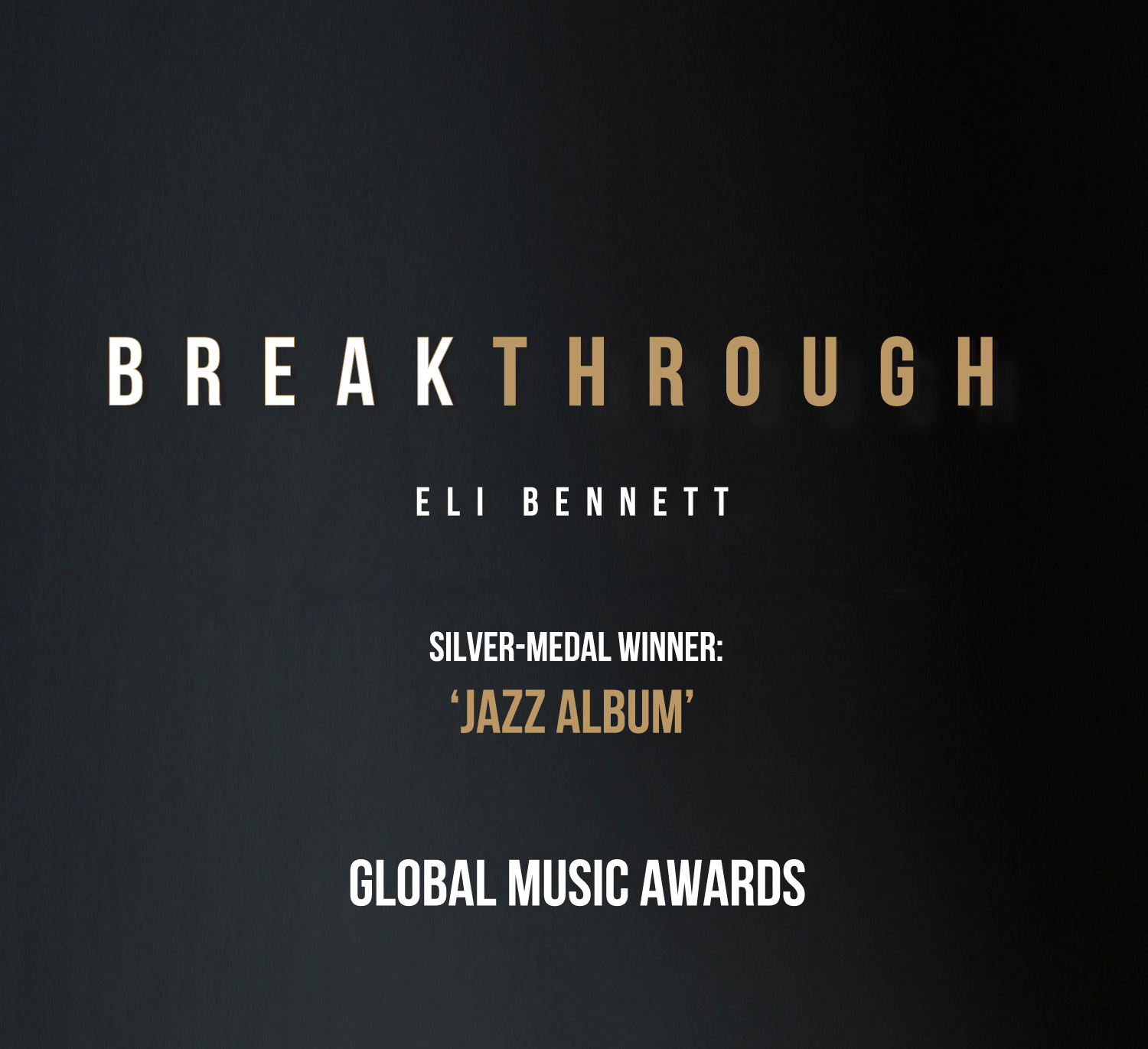 September 27, 2016 (San Diego, CA) – The Global Music Awards announced the latest round of award-winners today and Eli Bennett was awarded the Silver-Medal in the “Jazz Album” category for Outstanding Achievement for his debut-album “Breakthrough”.

To purchase or listen to “Breakthrough” on iTunes or Apple Music: https://geo.itunes.apple.com/us/album/breakthrough/id1149942325?mt=1&app=music