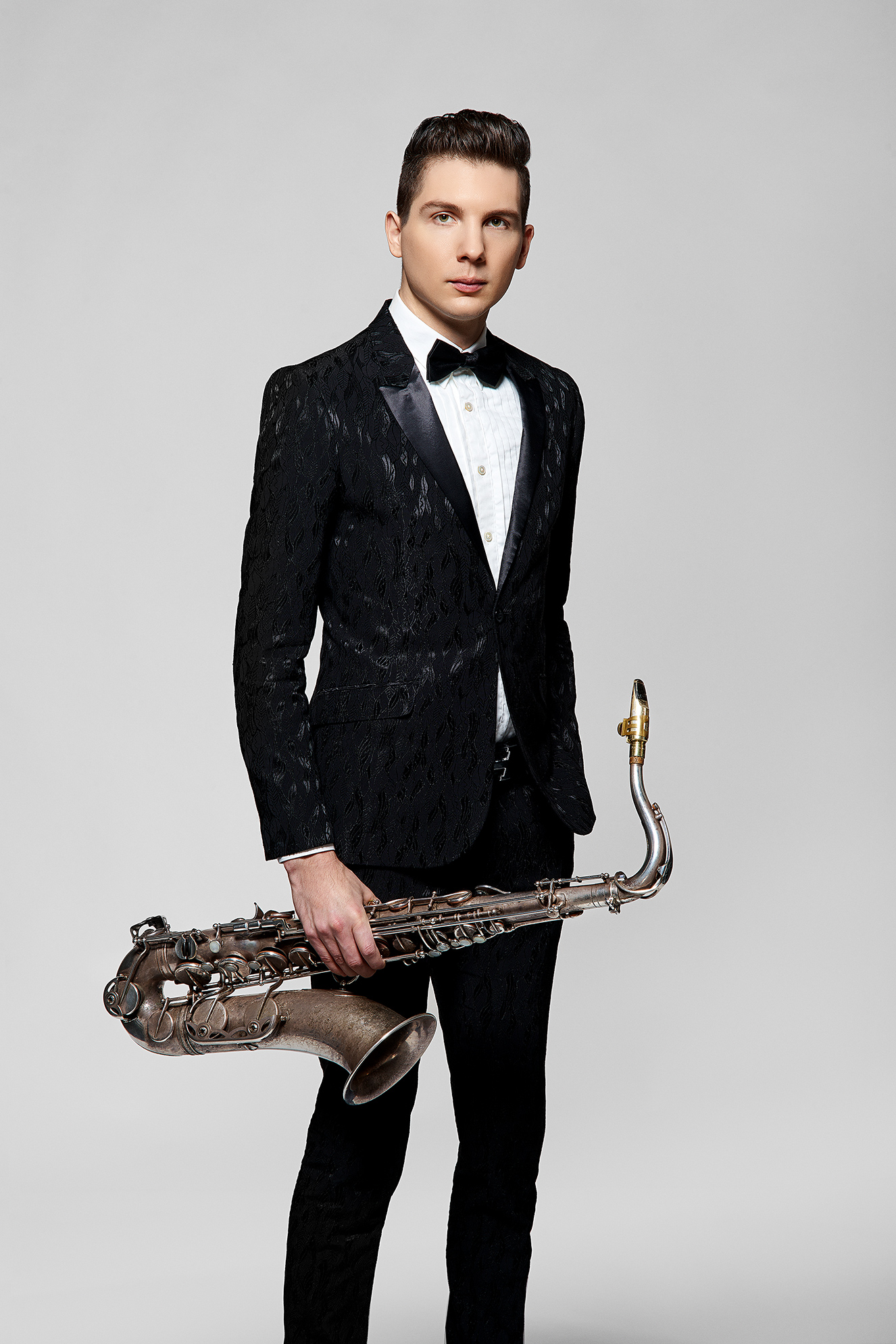 Award-winning saxophonist Eli Bennett has performed twice at the GRAMMY Awards in Los Angeles and shared the stage with the likes of Oscar Peterson, Hank Jones, Barry Harris, Terence Blanchard, Dave Holland, and the Neville Brothers. He is a two-time-recipient of the CBC Galaxie Rising Star Award from the National Jazz Awards and the Ottawa International Jazz Festival, was awarded the Vancouver Mayor’s Arts Award for music in 2012, is a D’Addario Woodwinds Artist, a Selmer-Paris Endorsing Artist, a Yamaha Young Performing Artist, an AMT Performing Artist, and in 2013 was awarded the Queen Elizabeth II Diamond Jubilee Medal from the Premier of BC.

Originally from Vancouver, Canada, and actively performing in Vancouver and Toronto since 2007, Eli has not only frequented jazz clubs such as Cory Weed’s Cellar Jazz Club and The Rex Hotel as a leader and sideman, but was also recently featured on an episode of the popular Science Channel TV show Through the Wormhole with Morgan Freeman. In addition to performing at the Vancouver, Toronto, Ottawa, All-Canadian, and Prince Edward County jazz festivals, he has also performed regularly for dignitaries at the Queen’s Park Ontario Legislature, the Netherlands Consulate in Toronto for Queen Beatrix’s official birthday celebration, and the Ontario Premier’s Awards.

Other notable awards include the Jazz.FM91/Mary Elizabeth Stuart Award (Toronto International Jazz Festival), the Fred Sherratt Award (MusiCounts/CARAS), two DownBeat Awards for jazz composition, and the Oscar Peterson Grant for Jazz Performance from the Hnatyshyn Foundation. TV and radio appearances include Canada AM, ET Canada, CTV BC, CBC Radio’s Hot Air, JazzFM91, and articles in The Province, The Georgia Straight, and DownBeat Magazine.

As a film composer with over thirty credits, his musical scores have premiered at the world’s most prestigious film festivals, including Festival de Cannes and the Toronto International Film Festival. In 2012, he earned a Leo-Nomination for additional music in the film Nash – The Documentary (Alliance), and in 2013 received two Leo-Nominations for his work on short films Reset and Escape Act. In 2014 he earned another Leo-Nomination for “Best Musical Score in an Animation Program or Series” for the animated short-film Remedy, and was also the co-composer for Take Back Your Power, which won the Leo for “Best Documentary”. In 2015, Bennett was awarded two SOCAN Foundation Awards for “Best Film Score in a Fiction Film” and “Best Film Score in a Non-Fiction Film”.

Bennett’s debut jazz album, Breakthrough, released September, 2016, has received extensive international attention, ranking in the top ten on the Canadian and U.S. Jazz Radio Charts, while being featured on the homepage of iTunes Canada Jazz for two months as one of the top Canadian jazz albums. In addition to major international radio play in North America, Europe, and Asia, the Ottawa Citizen named Breakthrough the “#4 Best Jazz Debut Album” for the previous year, while All About Jazz, Earshot Magazine and Wholenote Magazineechoed similar critical acclaim for the debut. Shortly after its release, Breakthrough won the Julian Jazz Award for ‘Best Canadian Jazz Album by an Emerging Artist’, as well as a nomination for ‘Jazz Recording of the Year’ at the Western Canadian Music Awards. Breakthrough was also named the “#4 Best Canadian Release” of the year by JAZZ.FM91, North America’s top jazz radio station, and was awarded the Silver Medal for “Best Jazz Album” at the Global Music Awards in San Diego, California.

In support of Breakthrough’s pre-release, Bennett embarked on Breakthrough Tour 2015, a 10–day, 10–show cross–Canada Jazz Festival tour with his quartet that saw him perform sold–out concerts at Canada’s major jazz festivals including Vancouver, Calgary, Medicine Hat, Toronto, Ottawa and Montreal, where he was featured prime–time main stage for over ten thousand people after receiving the nomination for the TD Grand Jazz Award from the festival.