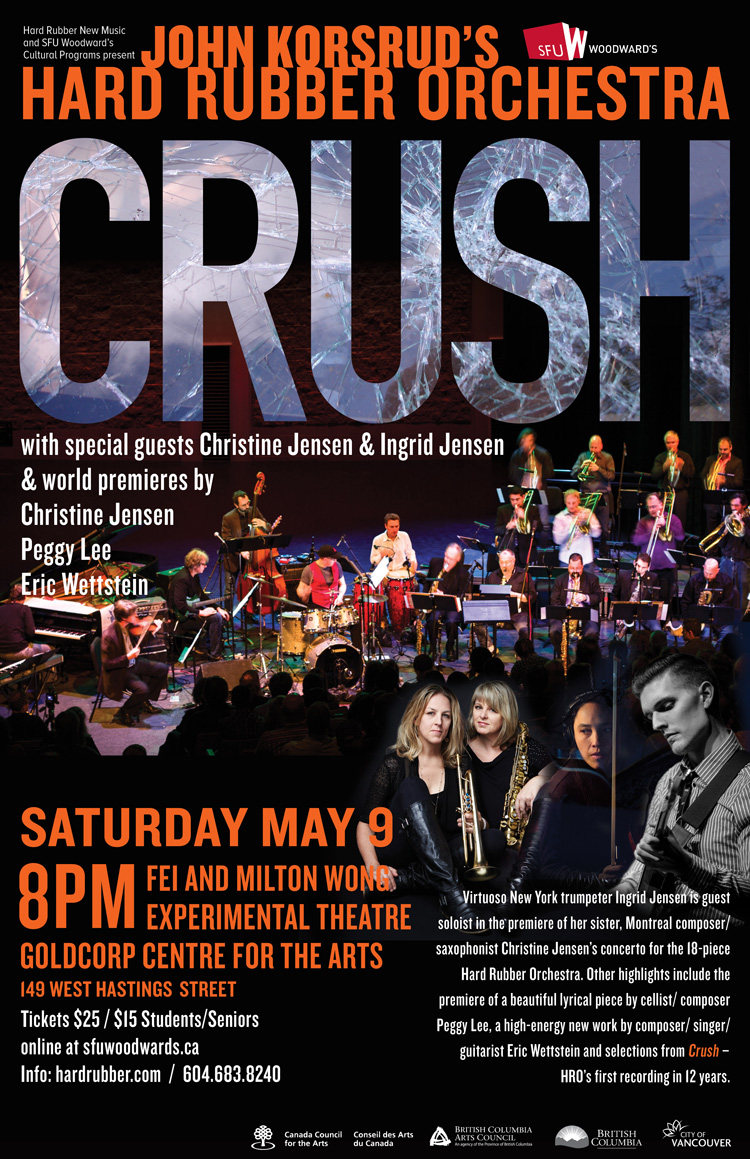 “Godzilla of the Vancouver jazz scene, a big, goofy monster that stomps through complex charts with the swagger of a big swing band and the head of a termonuclear explosion.”

Formed by John Korsrud twenty years ago, The 18-piece Hard Rubber Orchestra has been one of Canada’s most active and unpredictable ensembles of creative music.